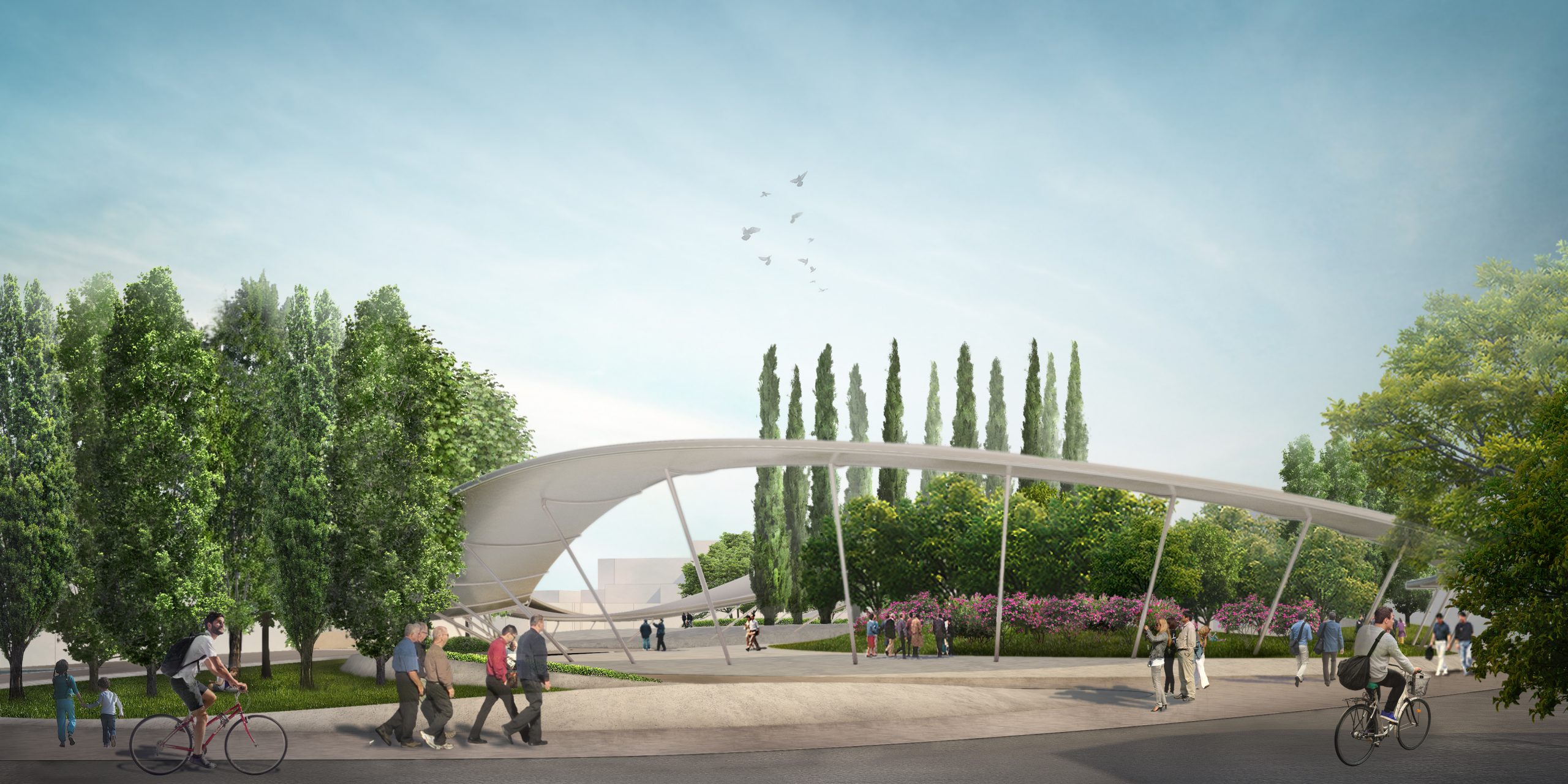 Mirage : “A square design , with urban impression!”
Studying the context ; lead us to a solid statement regarding what the city need and what people need : “Greenery”
Based on preserved trees location along the pathway and the present square a geometrical magnetic field attraction was activated ; temporary resting nodes have been formed accordingly and regarding human motion along the site an agent based system was activated in the field to form the shade zones over most picked routes. The monument is a piece of peaceful space, which is emerged in form of a mirage like effect in the heart of the city.
Team : Firouz Firouz / Ali Zolfaghari / Bahar Kamali / Ali Abbasi / Maryam Masoudi